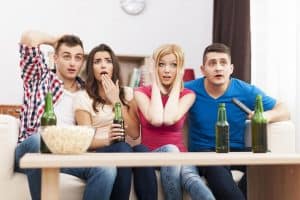 Making a Connection: The Impact of Emotional Pulls in Advertising

Does your brand’s messaging inspire your audiences, appeal to their emotions and prompt them to take action? Effective advertising is all about making a connection with your audiences, and doing so requires the ability remain genuine while grabbing your target’s attention. How we go about doing that, well, that’s where things get interesting.

From guerilla tactics that demand attention to the subtle brilliance of native advertising, methods, philosophies and execution vary from agency to agency, and even brand to brand. Ultimately, our mission remains the same—to create a meaningful connection, with emotional pulls being a tried-and-true way of achieving just that.

Recently, Samsung employed the heart-to-heart technique with The Most Emotional Surprise of the Year. In it, a month-long preparation led to making a deaf person’s interactions in his community friendlier and with fewer barriers. Muharrem, the subject of the ad, went about his day while his sister led him through the pleasant surprises. Although planned, the sentiment was clear: wouldn’t it be nice if we all communicated and made a grand gesture for it? Samsung promoted its new video call center for the hearing impaired, but it also showed that it cared for compassion and actual people. In a way, Muharrem and everyone involved lent a face to Samsung—one that said, “We’re personable and we want to help.”

Another campaign that tugged in our hearts’ strings was Hallmark’s Put Your Heart to Paper. In it, the focus wasn’t on Hallmark or its products, and instead prompted couples, both young and old, to express their feelings about one another without using the word “love.” Each story was paid off by prompting viewers at home to go beyond “I love you,” with their own partners, and though Hallmark’s products were never actually featured in the spots, the need for them was definitely strengthened in the eyes of lovers everywhere.

How Far is Too Far?

Regardless of its effectiveness, there’s no doubt a debate about inspirational advertising exists and whether a line is crossed in the interest of catching an audience’s attention. One ad that has recently drawn in both views and backlash is Nationwide’s Make Safe Happen ad. In it, a young boy narrates what his life could have been, but won’t be, because of a preventable household accident. Users tweeted their outrage or support, and regardless of their stance, the audience was vocal.

Another big brand, and one that has been under the crosshairs for its current campaign, McDonald’s, recently premiered its Pay with Lovin’ ad. The ad showed ways McDonald’s was at the center of bringing a family together, once again appealing to the idea of togetherness. Many viewers felt the giant fast food chain’s beliefs did not correlate with its messaging, and while some suspended their belief and bought into the campaign, others passed.

By tugging on those heartstrings and tear ducts, brands are using emotional cues now more than ever to gain attention. What campaign do you think most effectively appeals to their audiences emotions? Do you think there’s a line that can be crossed? Sound off on our Facebook and Twitter—we want to hear what you have to say.