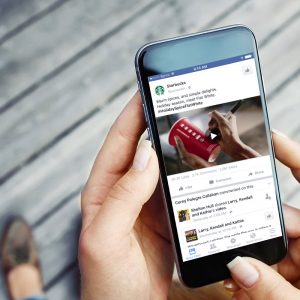 After you create a video for your product or brand, do you put as much thought into where you’re going to put it? On November 4, Mark Zuckerberg reported that Facebook generated an astounding 8 billion video views every day of the third quarter of 2015. To put this figure in perspective, 500 million tweets on Twitter are sent daily and there are 300 million views on Snapchat’s Stories tabs every day. Needless to say, the astronomical 8 billion view count is a number that has heads turning, including advertisers.

Advertisers carefully choose how to spend their media dollars based on the popularity and efficiency of a channel, in this case a social media platform. In doing this, it’s important to understand that not all views are created equal and different platforms have different metrics used to measure the success of an ad. On the heels of Facebook’s announcement, many immediately questioned the validity of the number. The social giant considers a video watched after only three seconds of streaming, even if the video is autoplaying on mute. Further, the platform places heavy preference on use of its native video player versus a video shared from YouTube or other video hosts, which has led to an increase in views “stolen” from original content creators. Referred to as “freebooting,” this can be attributed to the fact that Facebook does not currently have a content ID system in place, like YouTube’s, to identify content being reposted. However, even with the questions surrounding its methods for driving daily views into the billions, Facebook’s new-found dominance in the video-watching category has put heavyweights like YouTube and Vimeo on notice.

With Facebook’s success, it’s important for businesses to consider the social media site as a medium to place their ads as well as its competitors, Google and Instagram. Let’s take a closer look into what Facebook did during its third quarter and what Google and Instagram offered.

Because Facebook averages 8 billion video views each day, advertisers are obviously attracted to its strong numbers. Claudia Geller, a senior analyst at OTR Global, interviewed a group of advertisers involved in media planning and found that Facebook advertising spending increased 30 to 35 percent during its third quarter. Increases can largely be attributed to Facebook’s Custom Audiences, which lets advertisers pinpoint their target audience. In other words, Facebook allows companies to show their video advertisements to exactly who they want to, eliminating wasted views and enhancing the one-on-one online user experience.

Facebook’s pioneering in video advertising brought in viable contenders: Google and Instagram. Google recently introduced Customer Match, which allows companies to place advertisements based on their target consumers, much like Facebook’s tool does. But Google, as one of Geller’s sources stated, has a “treasure trove of first-party data.” Google’s edge is that they own their search engine and Gmail gold mine of data, which threatens to overtake Facebook’s ability to reach target consumers. Their app installs are also benefitting with Google’s Universal App Campaign, allowing companies to input text and keyword targeting while Google does the rest. Google’s tools are positioning the search engine very close to Facebook as quarter four unravels. Geller spoke to an agency source that said that Google, “will be our core destination for Q4.”

Instagram, bought by Facebook in 2013, has been slow to monetize their platform, but video advertising and app installs are predicted to increase in both number and price as the 2015 holiday season approaches. Also, Instagram offers an advantage that neither Google nor Facebook can: Instagram owns the younger demographic. Adweek found that almost 60 percent of users were between the ages of 18 and 34 years old. Some sources report that including users under 18, the number may be closer to 90 percent. So if you are trying to reach a younger demographic and achieve results that compare to Facebook, Instagram should be your platform of choice.

Where Should Advertisers Put Their Videos?

As video advertising platforms race to collect the most viewers and reach its audiences, it is important to note just how far the medium has come. A source of Geller’s said, “A year ago, we had to do a lot of convincing to our clients about Facebook ads… More and more of our clients are coming to us already with that awareness.” In just one year, Facebook has become the standard for buying media. And while Facebook leads the charge right now, companies are carefully monitoring Google and Instagram as potential destinations to place their ads for the holidays and next year. Whether you’re an adamant user of Facebook’s Custom Audiences function or not, keeping an eye on Google and Instagram would be worth your time.