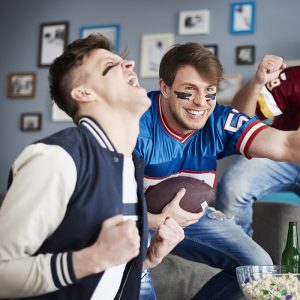 Real-Time Engagement with Sports Fans: A Necessity for All Teams

Social media is impacting fan interactions with their favorite sports teams, and the fans are expecting more engagement than ever before. According to Nielsen, 87% of American adults now own a cell phone, and social media reached almost 200 million people each week in the final quarter of 2016. Americans are looking to their favorite teams to provide them with immediate updates, ability to purchase items on their phones and interact with the players. The more technology advances, the more the fans expect. Professional sports teams need to start providing their active followers with real-time engagement, or they may find they will have less fans in the future.

Real-Time Social Media: What It Does for the Fans

Real-time social media, as it relates to sports teams, is providing fans with current and up-to-date information. Real-time information is a must for the most loyal of fans; however, teams have to be willing to accept the bad with the good. Not all news is positive, yet it still needs to be disseminated with the same speed and intensity, or a team could look like they are hiding from their fans – the expectation level is high for all news and information.

Advancing technology allows players and coaches to answer any questions from fans in real time and significantly impacts fan loyalty. When a fan gets a response from their favorite player, it just validates their importance to the team and builds a strong relationship. And, its not just team-to-fan, social media also opens up discussions fan-to-fan before, during and even after the games.

Sporting event attendance has decreased in the recent years, and fans are not as loyal as they once were, so the interaction makes them feel part of the team. It’s also not just one connection or one interaction, it is an engagement process that teams create — over time, the fans will begin to trust in your brand and be loyal to the team, win or lose.

How to Improve Engagement

There are many ways to improve your engagement, but one of the most important is timeliness — most fans expect answers within four hours. Fans that expect instant gratification will build trust in the brand when they routinely get timely responses.

Authenticity is also an opportunity for most teams. Relying on the 19-year-old social media intern to be the voice of Cam Newton isn’t always the best policy. It is important to have the actual players engage with the fans through social media; fans want to hear from the players themselves to create those personal connections.

It is important that the content is genuine and not conflicting with the team brand. It is a strong rule of thumb to have brand managers approve all content before it is posted.

Collaboration is a great way to extend brand message. Teaming up with sponsors or companies that also cater to your fans can heighten interest from new and old fans alike. When the NFL teamed up with EA Sports, video game developer for Madden NFL, which has an exclusive deal with the League to bring football excitement to video game players, they also teamed up with local charities and provide financial assistance to their communities.

Lastly, to improve the overall experience and fan-brand engagement, many teams are providing contests, some even to win apparel, tickets to a game or the ultimate experience of traveling with the team for a road game. Thank those fans that do engage as it has never been so important.

In recognition of these engaged fans, the Seattle Seahawks named their fans the 12th man on the field, and a number 12 flag is raised before every home game. The result? The Seahawks’ stadium is one of the loudest in the world and has even literally made the earth shake.

As stadiums across the country struggle to fill their seats, the best sports teams will keep the fans engaged, pre, during and post game, and in return will build an even more loyal fan base.