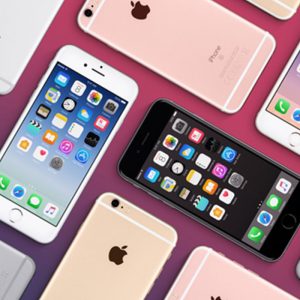 iPhone X vs. iPhone 8: A Look at Customer Confusion

Apple surprised the world with their announcement that on November 3, we can expect to see three new phones: the iPhone 8, iPhone 8 Plus, and the iPhone X. It’s called the “iPhone ten”, not the iPhone X—just to clear up any confusion. Moreover, the differences in the phones and which one they should choose is a little confusing to consumers. How is Apple marketing these new phones and how are they taking the confusion away?

The iPhone X and 8 have many similarities. They both have A11 bionic chips, improved cameras, wireless charging, and support augmented reality apps. The iPhone X is the higher-tech phone and called the future of phones because it has edge-to-edge OLED (organic light-emitting diode) screens and facial recognition—the first phone to ever have this technology—and a more vivid display.

The display on the iPhone X is larger than that of the 8 and 8 Plus. The iPhone X also comes with a larger price tag to match, which, at $999, makes it the most expensive phone on the market and even priced $300 more than the iPhone 8.

In 2013, Apple launched two phones at the same time: the 5C and the 5S. The 5C was the less sophisticated of the two. “The iPhone 5C was a ‘good enough’ phone for developing markets. It was to get into China, India, and Latin America,” said Jefferson Wang, a senior partner at IBB Consulting. “Here, the iPhone 8 is still the flagship phone. They haven’t bumped anything down. They created an ultra-premium layer.”

Back in 2013, Apple’s strategy was to get their phone in everyone’s hands. But now, they have a more exclusive strategy. With the 8 and X phones, both being of the highest quality, they have created devices beyond the technology of any other competing product to appeal to the high-end market. The strategy in this launch is to be at the top of the phone market. They still have the older generation phones for sale and with all the different phones, it will be the most phones ever offered by Apple with eight of new and older generations available for purchase. Now, they will have a phone in a price point for every customer.

Preorders for these new phones have models sold out before they even go on sale. Materials used for the iPhone X are in very limited supply, so they will sell out quickly. So how has Apple built such a strong brand and a strong fan base? Here are some ideas on how they did it:

Regardless of how Apple markets their products, they do not just want to be the leader in the marketplace, they want to own the market.