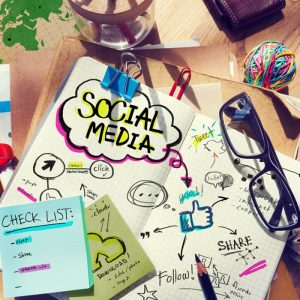 Show Your Source: A Lesson in Native Advertising

Have you ever watched a YouTube video or read an article on your favorite blog and thought, “I wonder if they were paid to say that?” If so, you’re asking the right question to snuff out deceptive native advertising. Recently, high-end department store Lord & Taylor settled a case with the Federal Trade Commission (FTC) over charges against a social media campaign it launched in March 2015. The campaign included editorials in online fashion magazines and posts from social media influencers, and Lord & Taylor took no steps to make it clear that they had paid for the posts.

Lord & Taylor’s example marks the first case on native advertising the FTC has brought forward since announcing new guidelines on the subject in December of last year. Native advertising is advertising that matches the form and function of the platform upon which it appears. The biggest problem advertisers face is being transparent about its marketing—using deception endangers not only the brand by the influencers they pay as well.

Native advertising is a great way for brands to connect with their target audience and increase engagement, but advertisers must be careful not to incriminate themselves by deceiving the consumer. The FTC considers an act or practice deceptive if the material is not represented appropriately or information is omitted that misleads the consumer. The bottom line is this: consumers should always know they are looking at an ad to be able to make informed decisions on whether or not to trust it.

As mentioned before, advertisers are not the only parties involved that take legal risks by not disclosing sponsorship. Any party involved, including the people that post the undisclosed sponsored content, can get in trouble. So what do you need to know to ensure that your brand or client’s native advertising is not deceptive? Practice these guidelines when creating sponsored content:

How to Disclose Native Advertising Properly

It is important to note that these guidelines aren’t limited to just advertisers or the influencers or bloggers. The FTC can take action against any party who helped create the deceptive advertising content, including advertising agencies and affiliate advertising networks. So to protect yourself and give your customers the full awareness of native advertising they’re due: be honest and always have influencers show their source of sponsored content.