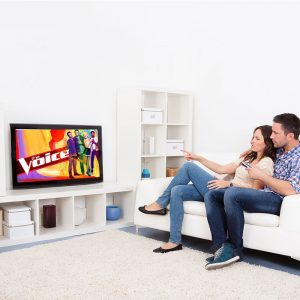 The Business of Social Television

Social media began as web-only platforms for the young, techie crowd, but over the last few years, it has quickly become more relevant, even now fully integrating with yet another medium – television. It is visible by way of live tweets on a crawl bar; incentives to visit branded social media channels during live shows and events; Shazam application usage in commercials and shows; and television personalities interacting with fans via social media live on the air. Through this move towards a socially integrated television viewing experience, the business of television is evolving in a few notable ways.

Gaining a More Intimate Look at the Consumer’s Relationship with a Brand.

Programs ranging from live voting shows like “The Voice” to the “NFL RedZone” have adopted practices that seamlessly bring their brand into the public’s social conversation. Nearly all programs now have branded hashtags used to accumulate viewers’ thoughts and commentary on a minute-by-minute basis and to build a community where fans can interact with one another – all the while solidifying a stronger brand loyalty. The free first-person promotion, the most trusted form of marketing, to each Twitter user’s average of 115 followers doesn’t hurt either. In addition to program-specific hashtags, “NFL RedZone” keeps viewers tuned in with promotions like “Spot the Quad Box Sweepstakes” rewarding fans for snapping a photo of the program’s rare “quad box” view (four NFL games being shown at once, as showcased below) and tweeting it with the branded hashtag for a chance to win a prize package.

The increased social engagement and conversation has lent itself t o assisting marketing specialists in a unique way – offering an immediate look at the success or failure of a campaign. Marketers can now see real-time, unfiltered feedback to a commercial, program or other content being presented to audiences. Data mining professional, Shawndra Hill, points out researchers found advertisers who include social media content during or related to the television broadcast, specifically a game or fun brand interaction for the fans, receive a greater numbers of fans engaging with the brand and actually leads to more interaction, and more importantly, a heightened level of sustained engagement. As technology analyst and Forbes writer, Michael Wolfe says, “By mining social data to know what consumers think about ads in near real-time, brands and their agencies finally have a canary in the coal mine to know if they should pull an ad at the beginning of a campaign, rather than waiting until the damage is done .”

Social media activity now has the opportunity to contribute to greater accuracy in Nielsen Ratings. Nielsen and Twitter recently announced they are creating the “Nielsen Twitter TV Rating” for the U.S. market. Through this agreement, the two companies will deliver a syndicated standard metric around the reach of the television conversation on Twitter. This change comes after studies showed the rise in various devices currently available for viewers to access television content has caused the traditional Nielsen Ratings system to become outdated and irrelevant as a precise depiction of viewership. According to a December 2012 press release from Nielsen, “Twitter’s more than 140 million active users send one billion Tweets every two and a half days, the vast majority of which is public and conversational, making Twitter data a necessity in producing standardized metrics representing online and mobile conversations about television.”

The integration of social media in television has come full circle with the voice of social media now affecting television broadcast in realtime. On January 14, 2013, “Hawaii Five-0” viewers took part in a historic television event where votes were cast via social media with the use of hashtags, as well as CBS.com, to select the episode’s “whodunit” alternate endings. The episode “Kapu” began with what looked like a kidnapping, which later would become a homicide case . This is when the mystery began. It involved the chair of the science department (the boss), the deceased professor’s teaching assistant (the TA), and a cheating chemistry student (the student). On the East Coast, viewers chose the boss, while the West Coasters tapped the student. 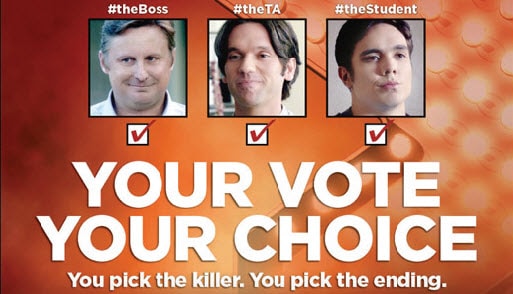 Brands must first assess if social television is a marketing channel that fits within their overall strategy to grow their share of voice among their target audience. Considerations for brands to evaluate include:

The time has arrived where the number of viewers, or visitors to a store or website, isn’t necessarily the most important or only easily measured metric. According to PointBurst, “The social television industry is a space with multi-million dollar (possibly billion dollar) potential, whether it is in advertising, analytics, or consumer-facing applications for the televised medium. Major companies like CBS Interactive have mentioned that publishing TV-based photos or video clips through social media causes them to see ‘converting’ traffic directly attributed to that content distribution.”

Brands that are failing to drive social conversation, whether online or via social television, are missing out on market share, and risk relevancy as social media continues to more fluidly integrate within every facet of life.

If you need guidance, please feel free to contact evōk advertising at 407.302.4416 or visit evōkad.com.