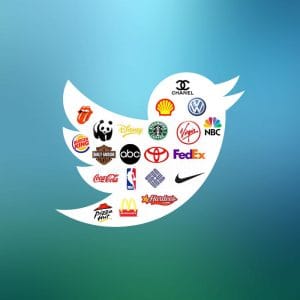 Twitter’s Greatest Strength Is Its Greatest Weakness. Here’s Why.

Have you considered if you, or your business’s, greatest strength is also your greatest weakness? That dreaded question, often used in job interviews, forces us to position weakness as a strength. As it turns out, not even social media giants are immune to this dilemma. Specifically, we’ve taken a look at Twitter’s greatest strengths and weaknesses and uncovered how they are closely related. Using these insights, a brand can optimize its Twitter strategy to achieve the best results possible.

Seth Agulnick, a Blueshift Research analyst, recently published a third quarter report on Twitter interviewing 13 advertising agency sources. In Agulnick’s summary of findings, the sources applauded Twitter’s ability to raise brand awareness. A 2014 survey of 1,000 advertisers revealed that 79.4 percent use Twitter to increase brand awareness, as opposed to driving immediate sales. In other words, Twitter is a great place to engage with consumers and have the one-on-one conversations that they desire.

But as valuable as brand awareness is, some advertisers are frustrated that Twitter is difficult to monetize. Although it recently introduced a “Buy” button on its ads, Twitter is still looking for better ways to deliver the data that companies need to find their target audience. One source noted, “The data that they have on users is very opaque; you don’t know how they’re categorizing people or why.” This uncertain data leads to uncertain ads, which in turn leads to poor ROIs for Twitter campaigns. Another source on Agulnick’s report said, “We’ve seen a lot of Twitter campaigns just not work, so the justification to keep spending shrivels.”

Major events, world crises and hot discussion topics all share a common platform where users congregate in conversation: Twitter. Its strength as a micro-blogging site has and always will be its nature in covering real-time events. In Agulnick’s report, sources agreed that Twitter does this better than anyone else. One source said, “When it comes to really owning a moment, Twitter seems to be the one that becomes the most relevant in real time.” So for events like the 2016 Summer Olympics, the presidential election and the Super Bowl, companies can easily gain access to users by joining the discussion. Even further, since these events spike the amount of people on Twitter, they create an opportunity for advertisers to spend with the guarantee that they will reach their target audience.

Conversely, Twitter’s real-time advantages create a disadvantage for the platform when nothing noteworthy is happening. An account director at a digital agency pointed out that since Twitter has no algorithm for its content, there is no way to dictate what users see. So, if a user does not log in during an event in real-time, they miss everything. Twitter’s solution to this is Moments, a feature that allows users to scroll through specific interests and top stories. So even though the real-time excitement is gone, the highlights of the event or conversation are there.

Twitter is without a doubt a powerful community and has a bright future ahead. It is a destination for companies to grow their brand awareness and a global hub for real-time events. Although companies struggle to achieve desired ROIs and consistent engagement with Twitter, the social network provides advantages that ultimately overcome its weaknesses.

Blueshift report by Seth Agulnick: Twitter Is at a Crossroads As Advertisers Struggle to Find Its Value