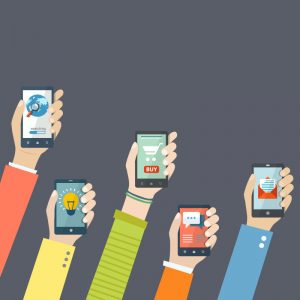 Veering to Vertical: Why You Should Adapt Your Video Ads

Only a short while ago, vertical video seemed like social poison. All but confirmed in a PSA spoof called Vertical Video Syndrome, in 2012, vertical was the pariah of video formats. But with recent changes toward vertical viewing in Instagram and Snapchat, the preference for vertical media has grown, with a potential to redefine mobile advertising. But now, is it time to make the switch?

The upsurge can be attributed to the hot target of the moment: millennials. With Snapchat touting the fact that its vertical video ads have nine times more completed views than horizontal ads, and is a millennial favorite, advertisers are watching and acting fast. If you haven’t converted already, it might be time to give vertical video a second look.

[related post=”6757″ display=”half-right”]If the world’s largest advertising agency flipping the script is any indication, there’s a future for vertical. In June, WPP partnered with Daily Mail to form Truffle Pig, an ad agency with a focus in vertical video advertising. And it makes sense: when using your phone, the natural orientation is upright. Horizontal videos need to be rotated to rid the screen of void black bars. Instead of expecting users to make the change, vertical ads immediately fill the screen and captures attention more easily. Playing into the habits of millennials, and phone users in general, a vertically oriented ad or video is a natural progression in how we view media on mobile.

How to Create Vertical Video Ads

Deciding to make the switch to vertical ads can be tricky. How exactly can you produce a vertical video? One option would be to shoot video justified and in 4K resolution. With all the content in the middle, you can crop vertically from the center without a huge loss in quality. Another way to adapt would be to shoot two videos at once and edit them in post-production. However, this doubles production time and money. The simplest of methods would be to hold the camera vertically to match mobile. Whichever way you choose to shoot your video ad, it’s important to consider how it will be viewed.

As mentioned above, Instagram and Snapchat are at the forefront of adapting to vertical videos and ads. Recently, Instagram expanded its square format to vertical pictures, allowing users to share vertical photos in its full glory. Snapchat CEO Evan Spiegel has been pushing advertisers for months to employ the vertical format, which has finally paid off with interested buyers and more impressions. Live-streaming apps like Periscope and Meerkat have also played with mobile’s natural orientation with great success.

While vertical video may not become the new norm, it’s become the media that fits the medium—mobile. Shaun McBride, a Snapchat entertainer, may have said it best: “It’s not necessary that vertical is better, it’s just that it’s how cellphones are commonly viewed.”