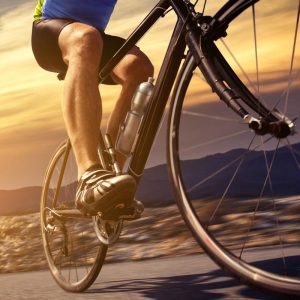 The Tour de France is the most prestigious cycling race in the world, reaching more than 15 million spectators and over 1 billion television viewers from all over the world. But, could they reach even more, particularly in the highly sought after U.S. market?

However global the event may be, the majority of the sponsors for this event are sports or media related, and vastly European, primarily French. Although the reach of this event is extensive internationally, its ability to market products and places to this broad audience has been, thus far, very underutilized, particularly in the U.S. market. With the amount of coverage and viewership this race receives, is there an opportunity to capitalize on the beauty, culture and cuisine of French, Dutch and Belgian countryside to draw in U.S. viewers?

U.S. viewership for each stage of the race was approximately 400,000, in comparison to almost 2 million Americans that watch the Food Network and Travel channels regularly. The Tour de France could be missing a huge opportunity by not cross-promoting their travel, food and wine industries to the hundreds of thousands of Americans who are not as familiar with cycling as the European market. As a consumer, would you be more interested in the Tour de France if it presented information on food, wine and travel, or even if it was promoted through one of the cable channels you already watch?

You don’t have to be a marketing guru to realize the Tour de France is not just a cycling competition; it’s a 3-week televised tour of France that takes viewers on a visual vacation from as north as the Netherlands to as far south as the French Alps. So, why isn’t it advertised as such?

It’s easy to see how a cross-promotional relationship between the Travel Channel, for example, and the Tour de France could be a win-win. With 2.5 million Americans planning to travel to France in 2016, it’s likely that they are seeking out information about their destinations prior to their trip, possibly from the Travel Channel or other potential cross-promotional partners for the Tour. The stunning scenery the coverage of the Tour de France offers, accompanied with the information the Travel Channel can provide on the tourism industry of France, could prove immensely useful to an American traveler.

Additionally, the French tourism office could also use this cross-promotion to not only promote the Tour de France, but also other French attractions that may not shine as bright as the Tour does. While professional cycling does not have a widespread fan base in America the way football or baseball does, incorporating travel may just open and eye or two and get cycling a foot in the door.

A Taste of the French Countryside

Over the past decade, Americans have become increasingly fascinated with food. From millennials and their love of farmer’s markets, to the ever-growing community of self-proclaimed (and even professional) foodies, discovering authentic French cuisine via a partnership between the Tour and, for example, the Food Network, could prove extremely successful.

Along the over 2,000 miles traversed along the journey of the Tour de France, the local cuisine changes just as quickly as the scenery. Highlighting the variety of cultural differences in dining would be seen as enlightening and adventurous to the food-loving American viewer wanting to try new, foreign foods. A cross-promotional partnership focusing on the tastes of France could not only boost viewership of the Tour in the United States, but even increase tourism to France in search of that authentic French cuisine. This cross-promotion has the ability to reach a segment of viewers virtually untapped by the sports networks.

In 2013, the U.S. surpassed France in the consumption of wine. Shortly following, in 2014, France took the lead from Italy in world wine production. In short, Americans love to drink wine, and the French love to make it! Can you guess what we’re about to say next?

The wine industry in the U.S. is not only booming at more than $13 billion but also growing at an astounding rate. Combining two of the things France is most well known for—great wine and the Tour de France—is a marketing no-brainer. The course of the Tour passes through many various growing regions, vineyards and wineries, and promoting the varied French offerings has the opportunity to increase tourism from oenophiles, as well as boost French exports of wine.

While the Tour de France will undoubtedly continue to grow its U.S. audience organically, if they want to win the Antargaz prize (yep…look that one up and learn about the Tour) for marketing, it’s time to lead with what their audience already knows (and loves). To the American viewer, especially one with a propensity to watch and enjoy international sporting events, travel, food and wine are major points of attraction, and could just be the push they need to book that French holiday they’ve always dreamed of.

Like what you read? Check out our White Paper:

Wellness Travel in 2022: How to Increase your Destination’s Wellness Tourists

Over the past few years, there has been increased interest in health and wellness, with consumers taking a holistic approach to healing and maintaining their mental health as well as their physical health. While this has obvious impacts on the...

Travel Marketing Trends in 2022: The Mindset of Today’s Traveler

Have you ever wished you could see inside the mind of your target audience and craft messages that align with the way they think? We understand – that’s why we’ve compiled data from across the travel and tourism industry so...