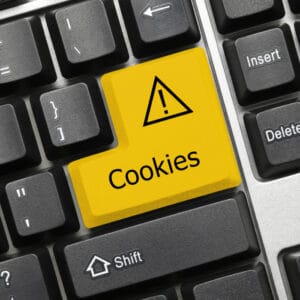 The travel and tourism industry has been rolling with the punches for the last year and a half, and now there’s more trouble on the horizon. As consumers have grown more aware of how their data is used, their personal privacy has become a growing concern, causing the government to step in to regulate how online data is collected and used. In the European Union, legislation has already been passed to restrict the way companies can acquire data on consumers.

It’s plain to see which direction the wind is blowing, and companies have already taken steps to preempt government regulation. Major web browsers such as Safari and Mozilla Firefox have already banned the use of third-party cookies on their platforms, and now Google has announced that the same will happen on their platform by the end of 2023. This is a big deal, since Chrome accounts for over 50 percent of all web traffic in the world.

Third-party cookies are pieces of code placed in web domains by AdTech companies that will attach themselves to a user and track their movement across the internet, allowing advertisers to target very specific target audiences with minimal effort. For example, an airline might use third-party cookies to find out if someone in their rewards program likes to visit local restaurants when they arrive at their destination. Using that information, the airline can target that person with local food promotions.

How to Prepare for a Post-Cookie World

First-Party Cookies: While Google has declared third-party cookies are soon to be persona non-grata, that doesn’t mean that you’ll have to stop collecting consumer data. It’s still perfectly acceptable to track what consumers do when they’re on your website, so long as they know you’re doing it.

It’s first-party cookies that allow retailers like Walmart or Target to remember what items you have in your cart and give you recommended products based on those items. They also make a record of any information that a customer enters into their account, so in businesses with a large volume of customers, some form of Customer Relationship Management (CRM) system is a necessity.

This means if you want people to leave information on your website or make an account on your app, then you should consider offering incentives for the customer. That can be through exclusive content, special offers, loyalty and rewards programs etc., so long as there’s some reason for a potential customer to leave you their information.

Contextual Advertising: Out with the new, in with the old. Contextual advertising is a practice that’s been around for a long time but has been used less since the rise of cookie technology. Now, it could be seen as a breath of new life.

Contextual advertising is based on matching your ads to certain keywords. For example, let’s say you’re a hotel chain running a special along the lines of “stay two nights, get the third night for free.” You would choose keywords like “vacation” or “trip” for your ads, and they would only appear when people enter a website with those keywords as a topic or theme. This has the potential of being more immediately relevant to a customer opposed to behavioral targeting from cookies.

Walled Gardens: The term ‘walled garden’ refers to the idea that companies like Google and Facebook have a veritable garden of user data that they can use to advertise, but for anyone else trying to use the garden (such as Google Ads), you have to pay the gardener a hefty fee.

Google still has access to all sorts of demographic information to help place your ads, it’s just not sharing that information. Facebook, too, will place your ads in front of the audience you want to reach—for a fee. The primary difference between advertising with those two companies before and after the banishment of third-party cookies, will be that you can no longer use information from Google and Facebook across all forms of media. In other words, travel and tourism brands won’t be able to use data from those two platforms in external media such as owned media channels, the open web, etc.

Await new technology: Google originally announced that all cookies on their platform would be disallowed in early 2022. This was later changed to late 2023. Why? Because Google and other companies are working on an effective alternative to third-party cookies and want to have that in place prior to the ban going into effect. Mainly to allow companies time to adjust their marketing strategy.

These new technologies include the Federated Learning of Cohorts (FLoC) by Google, and Identity-Based Tracking by The Trade Desk. FLoC will gather people into cohorts based on what content they see and the things they look up, without keeping any actual information like age, sex, or location. Google promises these cohorts would update weekly to keep them relevant.

Identity-Based Tracking would assign every internet user a number from a central authority and track their actions in a manner similar to third-party cookies today. It would maintain privacy by hiding any information behind that ID number.

Now Is the Time to Prepare

Times change, and that’s always a scary thought. But there’s plenty of ways for a forward-thinking business to adapt. There’s over a year of time left before the ban will go fully into effect, so now is the time to begin the change. Don’t wait until 2023 to begin implementing these strategies—start now. Our team at evok would be happy to talk about helping you make the transition.

Wellness Travel in 2022: How to Increase your Destination’s Wellness Tourists

Over the past few years, there has been increased interest in health and wellness, with consumers taking a holistic approach to healing and maintaining their mental health as well as their physical health. While this has obvious impacts on the...

Travel Marketing Trends in 2022: The Mindset of Today’s Traveler

Have you ever wished you could see inside the mind of your target audience and craft messages that align with the way they think? We understand – that’s why we’ve compiled data from across the travel and tourism industry so...